I felt a little bad disassembling a transistor radio, but it didn't work anymore. Also, I think my grandparents would be happy that someone is actually using it again. 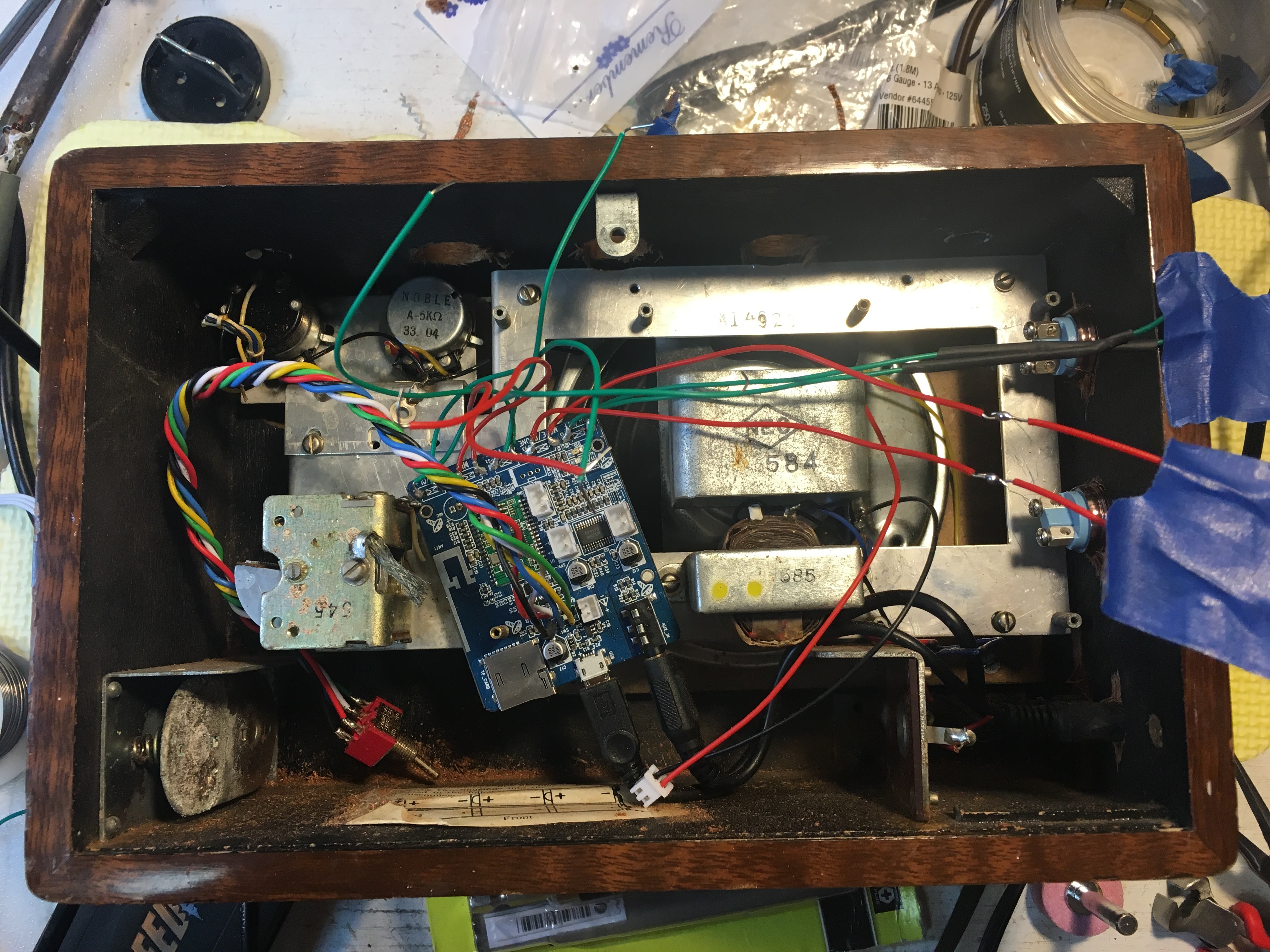 I searched on eBay for a bluetooth audio reciever that was powerful enough to power a speaker. 2-6 weeks later, an ePacket arrived at my house.

I found the perfect set of metal pushbuttons to put on the radio -- they were the "coffee" color, so they looked brown and not too out of place.

I was trying to keep the original aesthetic and didn't want flashing LEDs taking away from the device's authenticity. The push button's seller accidentally sent me a button with a seized washer on it. I sent him a photo and explained what happened and he mailed out a new unit a few days later. He was really great about it. Eventually, I unsoldered the buttons to control the device and soldered on new buttons. 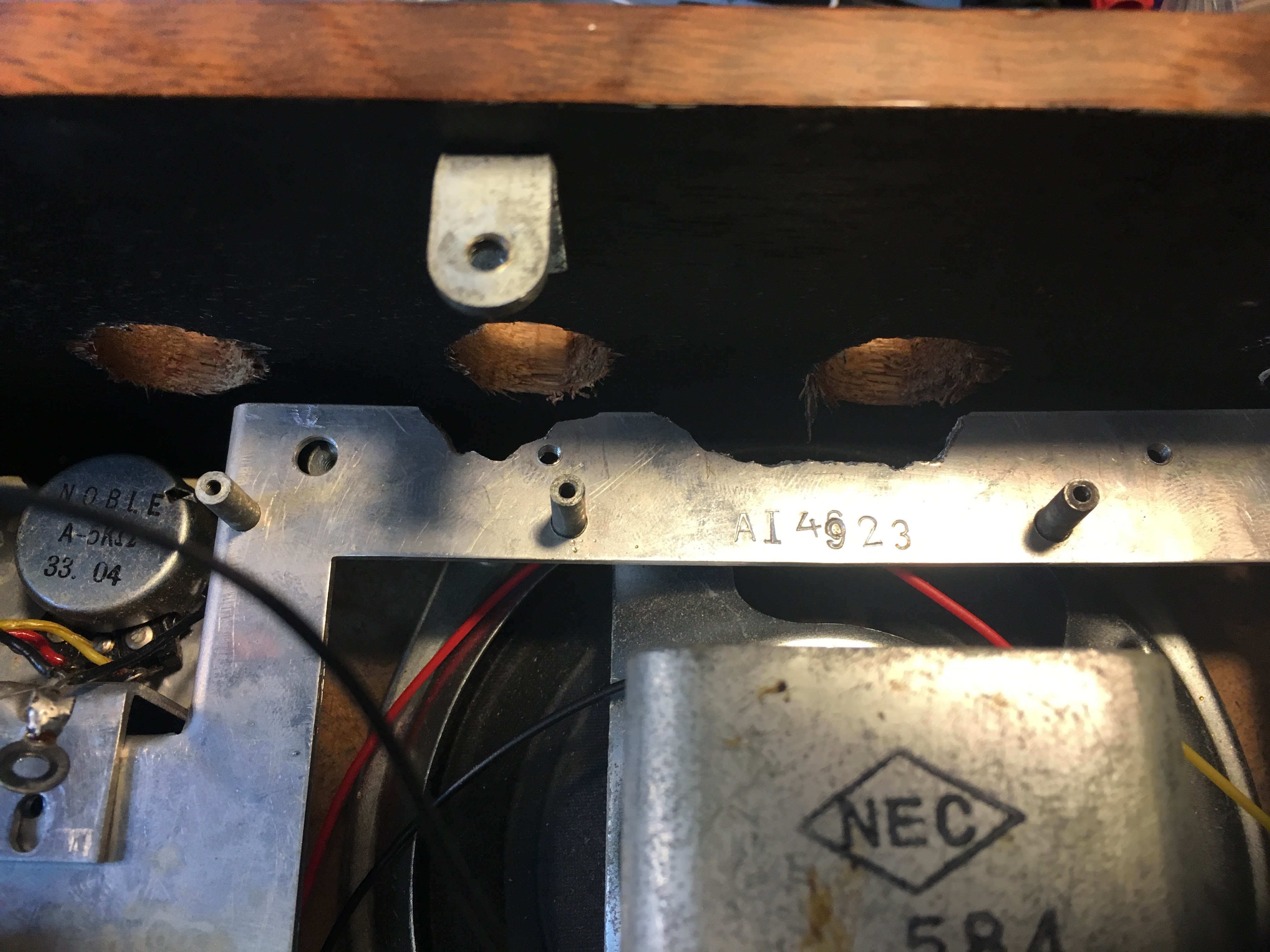 I used a bench grinder to remove some material on the bracket that kept all the components in place.

My Dad's "workshop" aka the basement (where I can make a mess with the bench grinder, table saw, etc.) is accessible only from the outside of his house. It was cold and raining, so I was trying to minimize the trips between the "lab" and the "workshop".

Unfortunately, I misjudged the place where I should grind the bracket, and had to make a second trip to grind down just a bit more.

I think it came together really nicely!

The hardest parts of the project were:

I knew I had to be extremely careful to place the buttons to avoid the internal components. Also, I felt I would disappoint my grandparents by destroying one of their antiques. I'm glad everything worked out in the end! 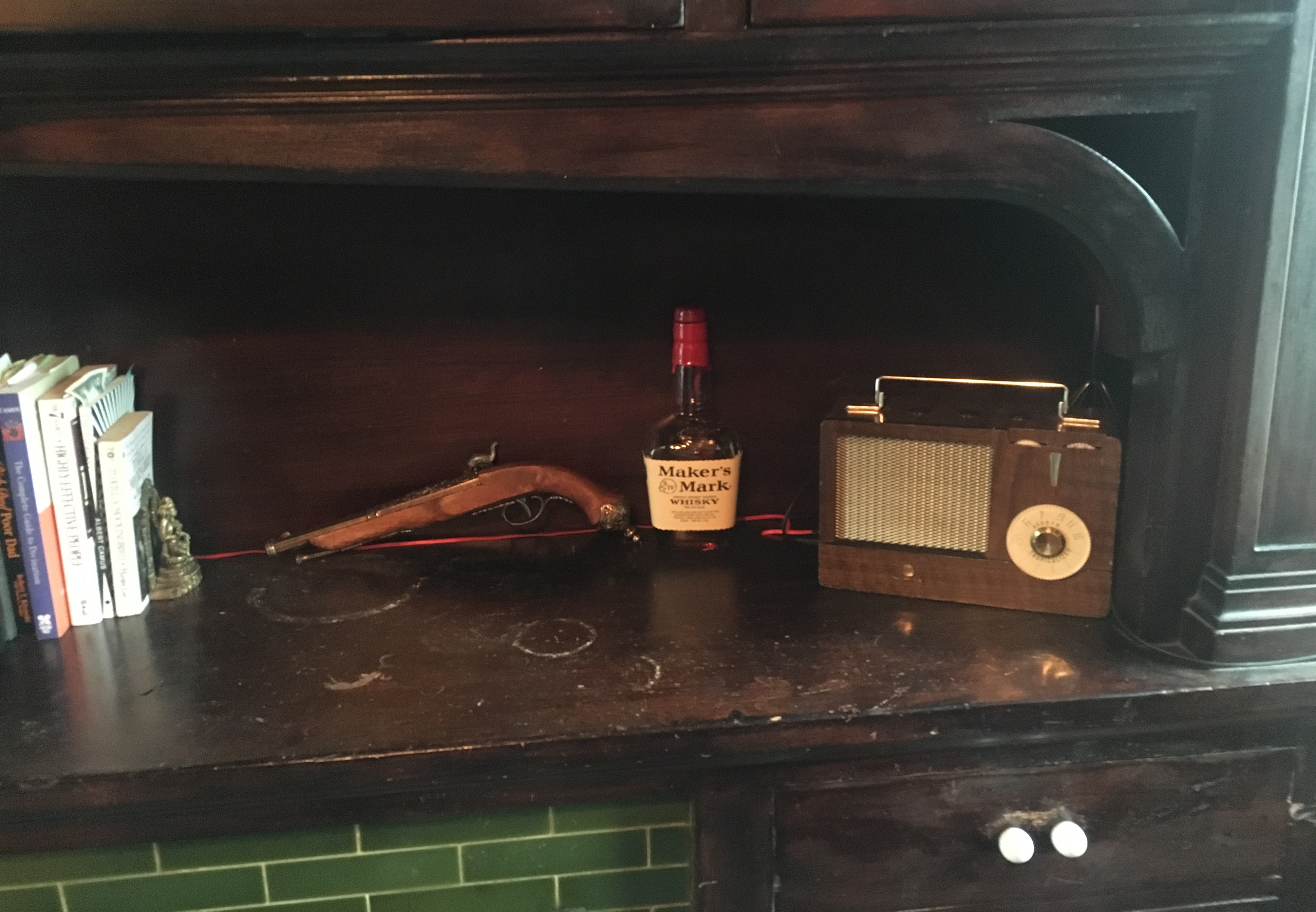 It goes well with my room's built in cabinetry and the overall refined look.